This short break will give negotiators time to reach agreement on the operating and capital budgets and the fiscal bills necessary to implement them. I’m hopeful we can return and wrap things up quickly. A special session may not last more than 30 days but can be concluded as soon as the Legislature completes its work. Last year, for instance, the Senate and House were so close to a final agreement at the end of the first 30-day special session that the Legislature immediately went into a second special session that lasted only a matter of hours.

We are working hard to fund the Columbia River Crossing

From the start of session, I have been working steadily with my 49th District seatmates, Rep. Jim Moeller and Rep. Sharon Wylie, to arrange funding for the Columbia River Crossing. We’ve been meeting regularly, and our efforts have paid off on a number of fronts.

The Senate transportation budget passed by the Legislature includes $82 million in CRC funding for preliminary design work to keep the project moving forward. It’s important to remember that these funds do not address our obligation to commit to the $450 million that is our share of the project. We remain absolutely determined to obtain those funds and meet our September deadline to qualify for an additional $850 million in federal funds.

To that end, we are working to provide those funds in a major revenue package that would generate money for transportation projects across the state. That package will be addressed during the special session. In any case, we owe a great thanks to Sen. Tracey Eide, the co-chair of the Senate Transportation Committee, who has worked hard on our behalf throughout the session and the difficult negotiations to make sure our mega-project receives as much support as mega-projects in other parts of the state such as Seattle and Spokane.

Meanwhile, we heard even more good news last week in the form of a Federal Transit Administration summary that reduced the price of the CRC from $3.5 billion to $2.8 billion, saving money by building the project in phases. This is evidence of the continued effort to address concerns regarding the cost of the project and is another example of the willingness to examine alternatives that fit within the parameters of the project process.

As we all know, the heavily trafficked north-south I-5 transportation corridor is vital to smooth, safe travel and the efficient movement of freight from all over our state. In that light, the CRC is vital to our state economy and the creation of the kinds of middle-class jobs that fuel it — not just in the short term, during the construction of the bridge, but in the coming decades as a result of the economic development this project will spur throughout the surrounding communities. That’s one of the reasons local leaders like Ed Lynch, in his recent op-ed in The Columbian, are speaking out to break the gridlock.

It’s also why Transportation Ray LaHood came to Olympia two weeks ago to remind lawmakers of the need to move forward after 15 years of work on the project, saying, “It’s time to fish or cut bait.” Gov. Jay Inslee echoed that message, and I followed up with an interview on TVW’s Inside Olympia to further make the case for the bridge.

Rep. Moeller, Rep. Wylie and I will continue to work on CRC funding throughout the special legislative session to ensure that our state meets the September deadline and qualifies for the $850 million in federal funds. Anything less would be fiscal lunacy and a terrible mistake for our community’s future. 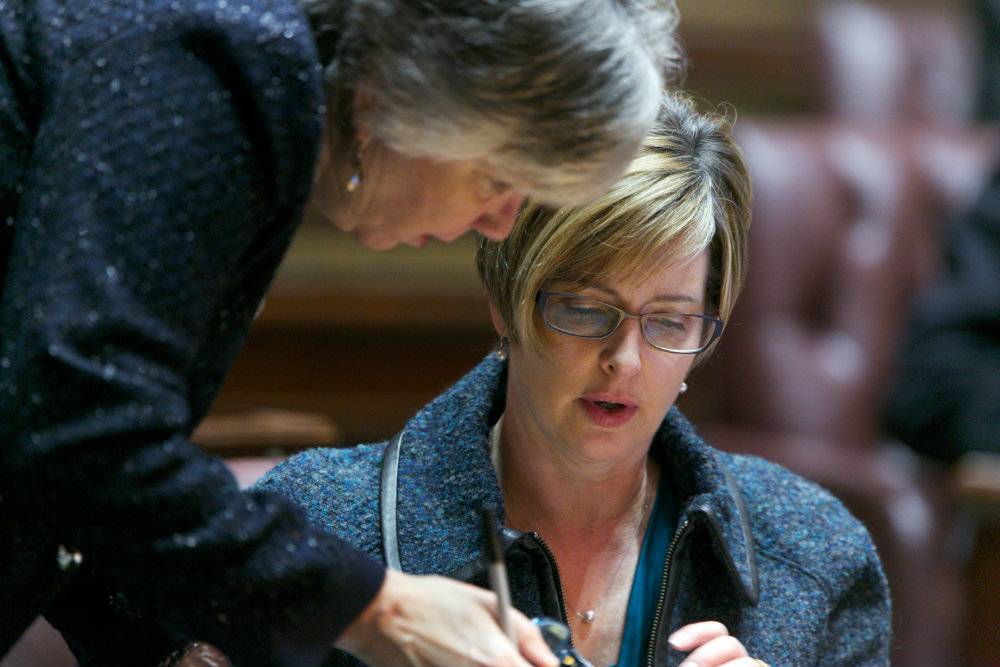 Making it easier for area residents to get prescriptions filled

One of my goals this session was to make it easier for people for people to have their medical prescriptions filled regardless of where the prescription is written. I’m happy to report that goal was achieved earlier this month when Gov. Jay Inslee signed Senate Bill 5524 into law.

This is good, common-sense legislation that will make life easier for Washington residents and visitors from out of state by removing unnecessary barrier for folks who get sick or whose prescriptions run out. At the same time, it provides the added benefit of keeping business in our state instead of across our borders.

I came to the Legislature to help people, and this is exactly what this bill does. It takes effect within 90 days.

I’m also pleased to report the signing of House Bill 1213 into law last week. This is the House companion legislation to a measure I sponsored this session that helps students who are working to be licensed as social workers but face stiff out-of-pocket expenses due to logistical difficulties in receiving necessary supervision.

This bill will expand the types of health professions that may supervise advanced social workers when performing psychotherapy and requires associate-level social workers to comply with suicide assessment, treatment, and management training requirements. It also will extend the number of times that an associate-level license for social workers, marriage and family therapists, and mental health counselors may be renewed from four to six.

Given the critical role our social workers play, the easier we make their transition, the better they can help people.